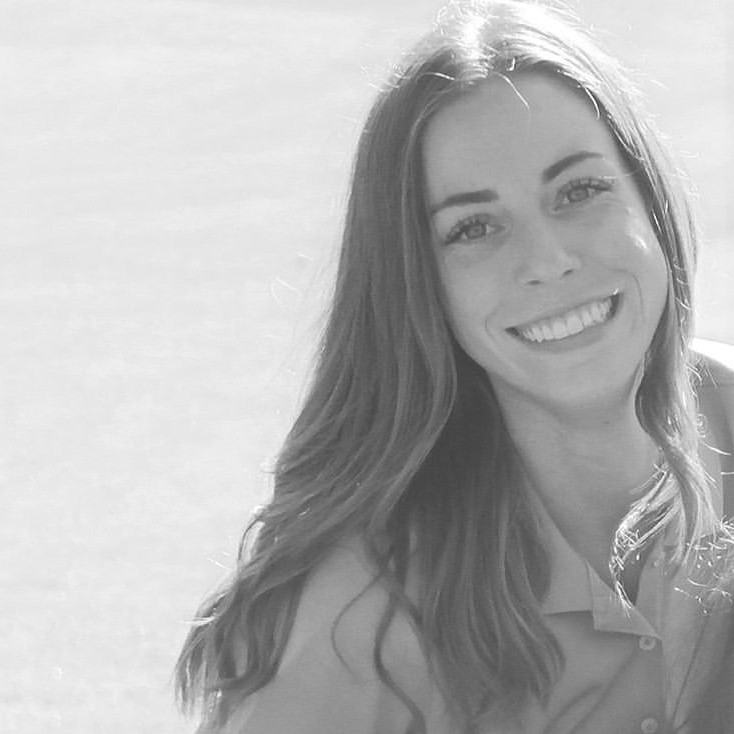 When Kylie met Amy one night after a party in university, Amy was methodically extracting and eating every M&M from a bag of trail mix, and it was then that Kylie knew she had a new best friend for life. The years that followed have been filled with memories to last a lifetime. Every moment they share - whether a car ride to get snacks, a night at the bar, a reality TV marathon, you name it - is always an adventure when they're together. Amy is Kylie's sister that she never had and celebrates her every milestone, continuing to be one of Kylie's biggest cheerleaders as she pursues her current Masters of Architecture at the University of Calgary. 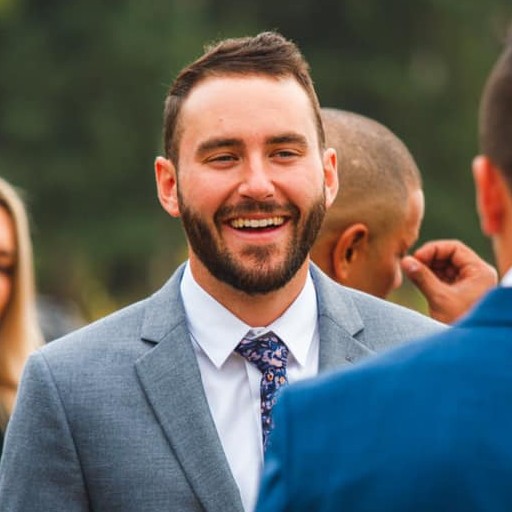 Scott and Tyler met in the fifth grade at Fish Creek Elementary. Their love for sports quickly solidified their friendship. The first “hangout” was a trip to Scream Fest chauffeured by Bruce, followed by a night of skateboarding in the garage. From that night on Tyler spent nearly every weekend at Scott’s house. In the winter the two grew up spending their free time snowboarding and playing hockey on Lake Sundance as well as many late night undecided ping pong matches. The majority of the summers were spent together at the Barrie residence on Pine Lake filled with wakeboarding, wake surfing and of course bush parties. Tyler still resides in Calgary and the two get out for an adrenaline rush whenever Scott is in town. 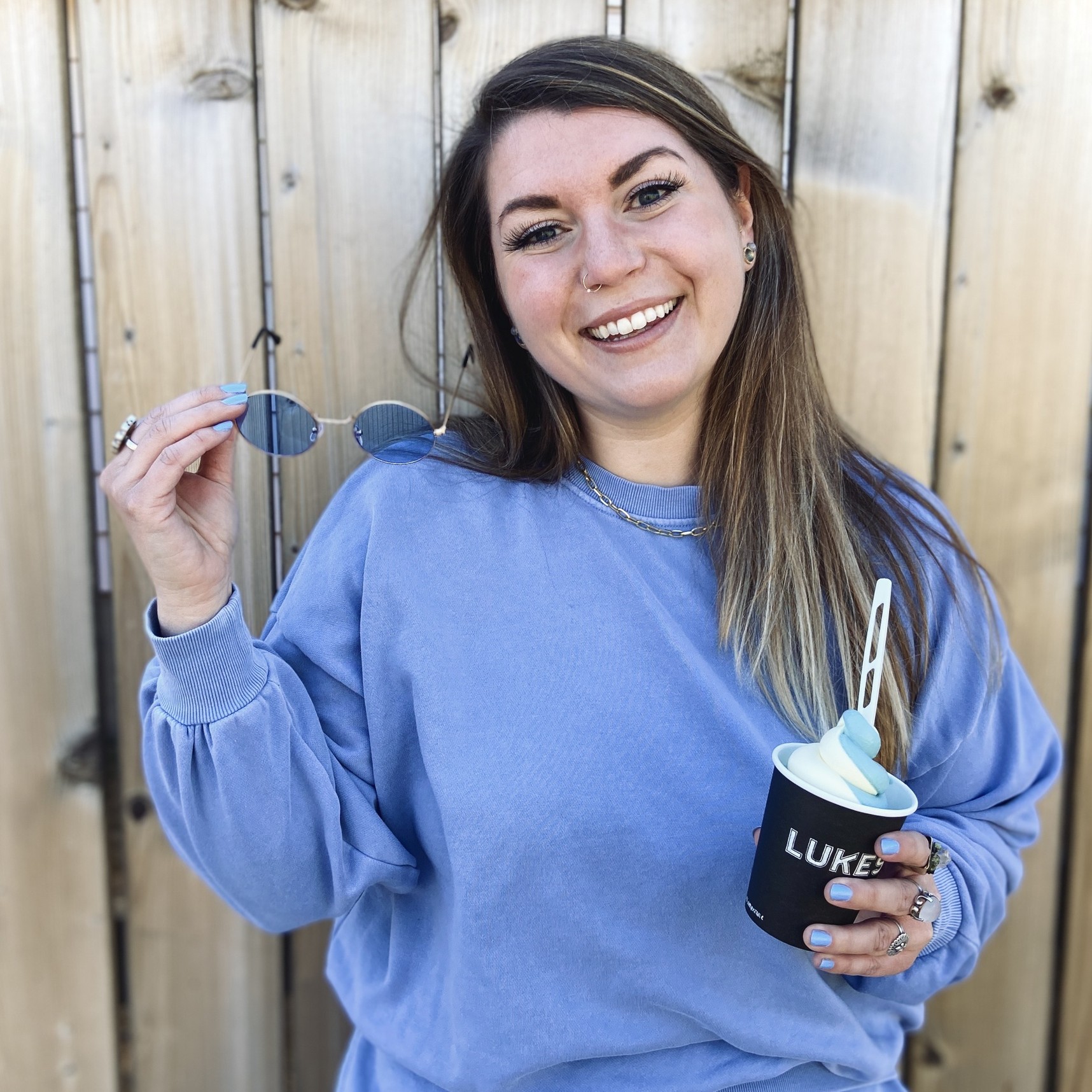 Amy and Renée met in Residence at the University of Calgary, where Amy drunkenly told Renée that she had a feeling that they were destined to be in each other’s lives. Despite thinking that Amy was a little cuckoo for that statement, Renée was charmed by the vivacious blonde and her sharp intuition.

A few spontaneous road trips, journaling/gym sessions and games of rock, paper, scissors later…Amy’s premonition came true; now the two are the sisters each other never had. They continue to be a remote support system for one another as Amy’s work takes her around the globe. Renée still resides in Calgary, where she works as a bilingual teacher and weekend musician. 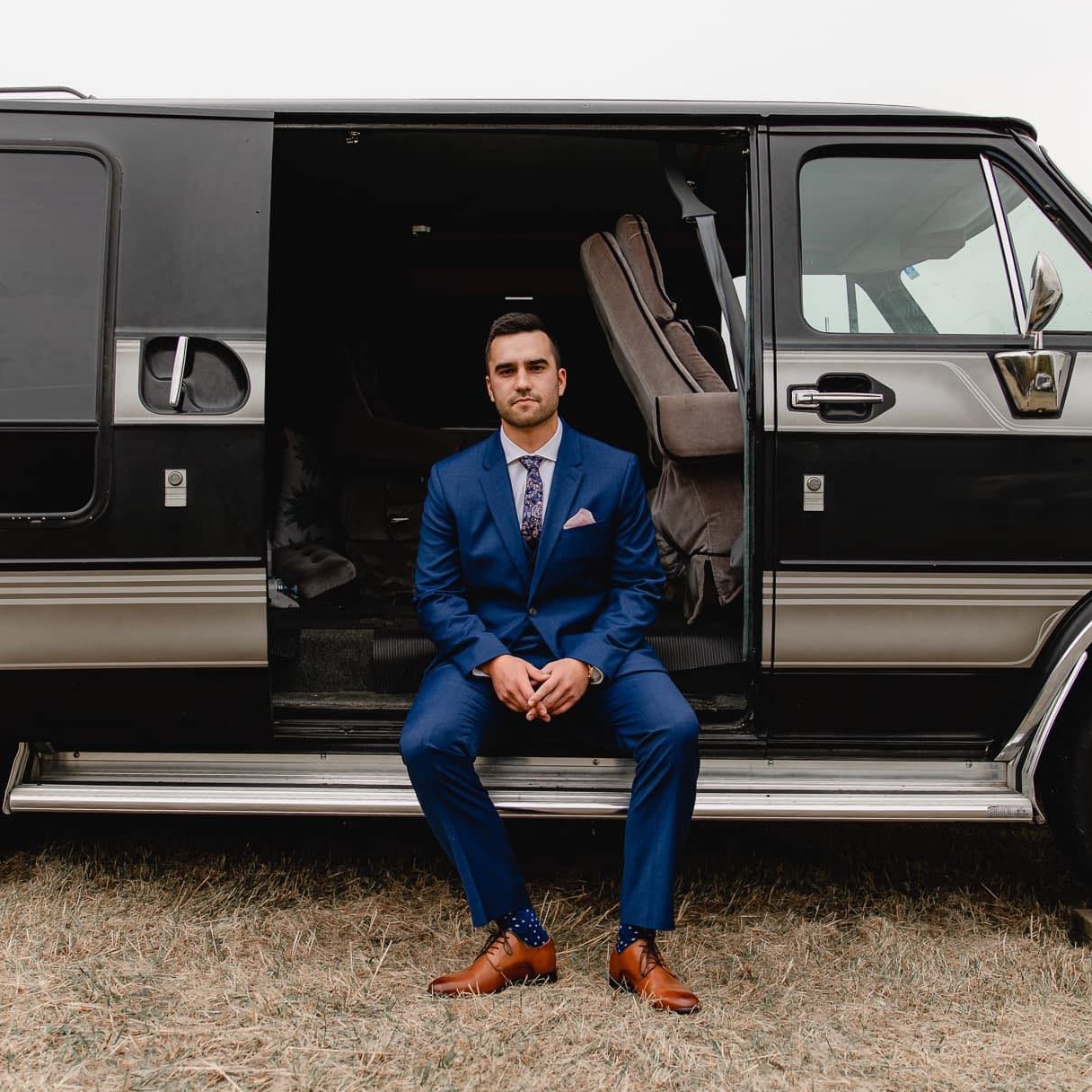 Scott and Jaime met in elementary at Fish Creek school in Grade 5. The two immediately became friends, but it wasn’t until high school where their friendship became a Brotherhood. From working out, golfing, partying and just about anything else you can list, the two were inseparable growing up. They continue through life's journey on separate paths, with Scotts business life taking him all over the world and Jaimes busy work schedule as a Pipeline Inspector for TC energy. One thing remains constant and that is the two of them share a bond bigger than blood. 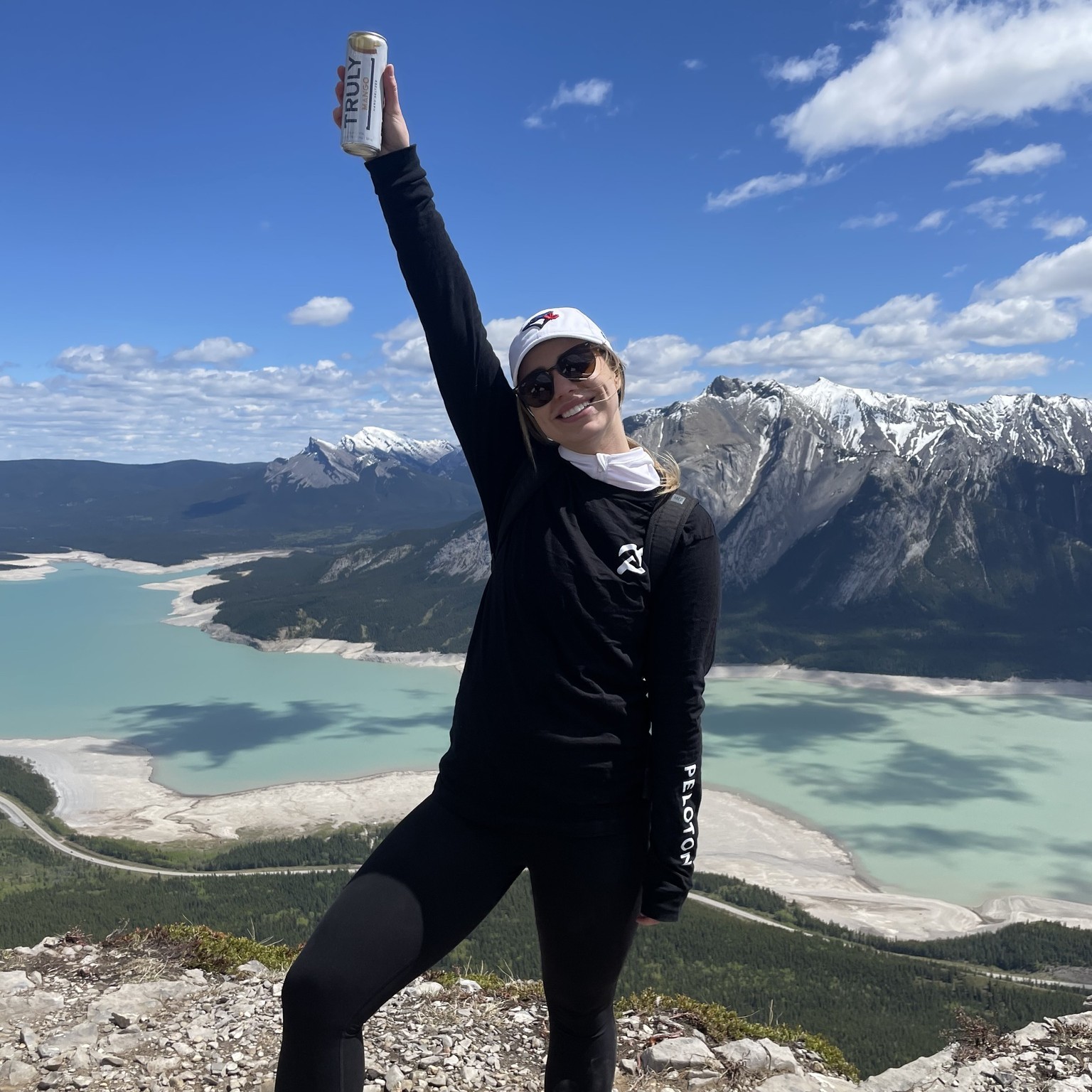 Brieanne and Amy met at the University of Calgary while studying Communications together. Often found not at the library but at the gym or downtown having fun. Lately Brieanne and Amy enjoy hitting the beautiful ski hills in Alberta together and often have too many drinks while sliding down the hill.

Brieanne is an Account Manager with a large technology company based in Edmonton. She is engaged to Danton, who we enjoy going on double dates with. When Brieanne isn’t working or playing ringette she can be found planning her next adventure. She has been to over 15 countries and counting! 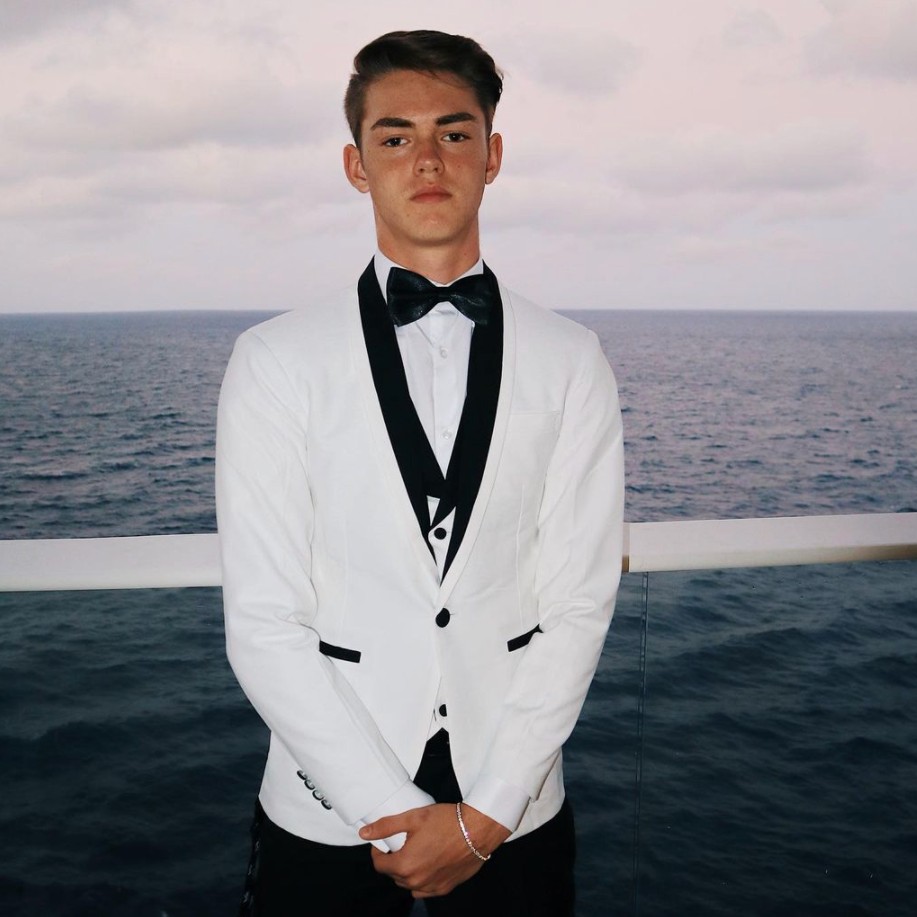 Scott and Luke met for the first time at a family dinner when Amy brought him to meet the family. The first thing Luke remembered about Scott was when he looked at Lynn’s (Amy’s Mom) rice that she had completely covered in soy sauce and said, “Do you want some Rice with your soy sauce”? From that moment Luke knew that Scott would fit into the family perfectly. Scott and Luke have had many fun times together, like playing NHL, enjoying one too many white claws at family gatherings and talking about the world of crypto and stocks. Scott has been one of the great people in Luke’s life who doesn’t treat Luke like the baby of the family and has always kept it real. Luke is excited to see what Scott and Amy’s future holds for them and he can’t imagine anyone more perfect for his Auntie Amy!

Luke is Amy’s nephew. In January of 2023 he will be moving to Vancouver where he will be in the film production program in one of the world leading film schools, Luke is aspiring to go to London after Vancouver to get his masters degree in film and after that hopefully work on the sets of movies and ideally create his own TV series or Film one day. Luke has a passion for investing and currently getting more and more into the NFT space. 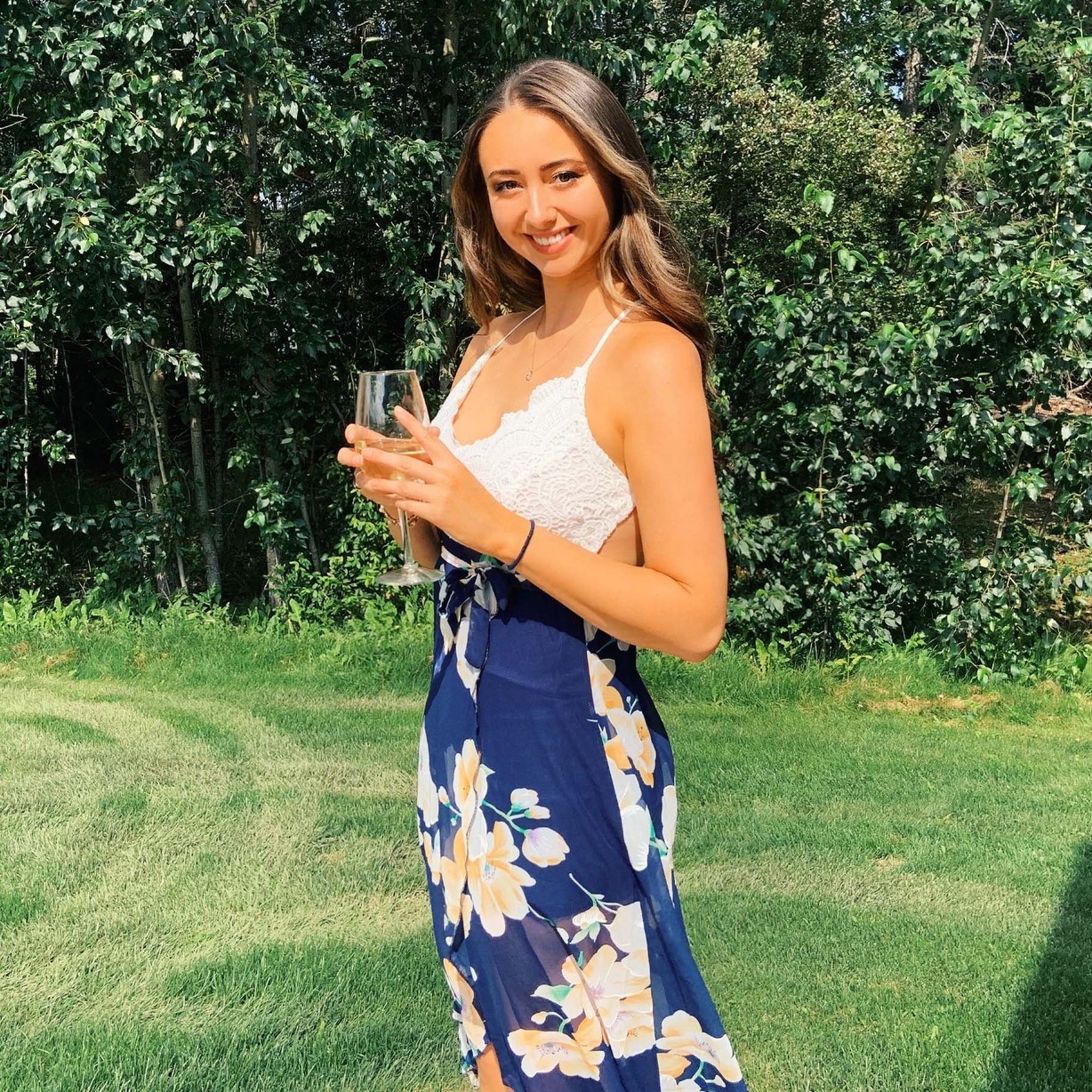 Hi! My name is Tegan Cassidy and I am one of Amy’s bridesmaids. My identity for the first 3-4 years of knowing Amy was, “Brie’s friend from Edmonton '' as I would often drive from Edmonton to Calgary to hangout with our mutual friend (and bridesmaid) Brie-Anne. Over the years we grew to become close and great friends. Amy is one of the best people to gain motivation from when it comes to work, love and being healthy and I feel very blessed to know her. One of my favourite memories of Amy (that also speaks to her fun and care free nature) was when we played Bingo in Calgary and myself and the girls ended up dabbing her face completely with bingo dabs and she was left colourfully speckled the entire night. 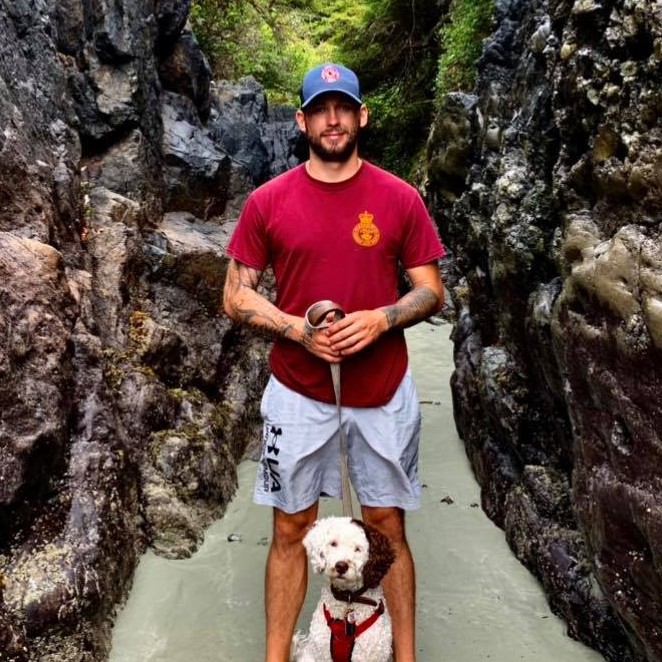 Scott and Sean met in pine lake when they were both 12. From off-roading in golf carts, learning how to do flips on wakeboards, and having way too much to drink on the golf course, the two have been great buddies ever since. The past 8 years have been a true testament to their friendship as both have chosen a career path that takes them away from home for long periods of time, but they still remain close and have a blast whenever they see each other. There is never a dull moment when the pair can make time to see each other, and they continue to go on ski/ road trips together. Sean resides in Edmonton and is part of the Canadian forces, working with the 3rd Battalion Princess Patricia's Canadian Light Infantry. 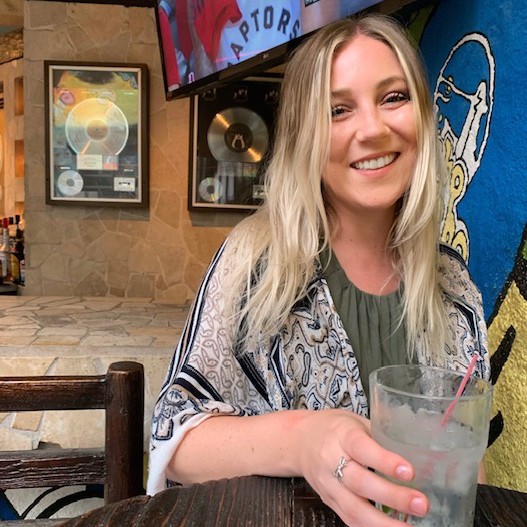 Meet Jordan, my English bestie. With a mutual love of Louboutins, wine/bubbles and art (yes, we even painted our own masterpieces once) our friendship has blossomed through the years.

Despite how smart we are, we can always be silly together and we always take pride in each others accomplishments. Amy is my BOSS BABE. Jordan loves Amy for her huge heart, crazy antics and the fact that they only have to share one look to burst into laughter together. 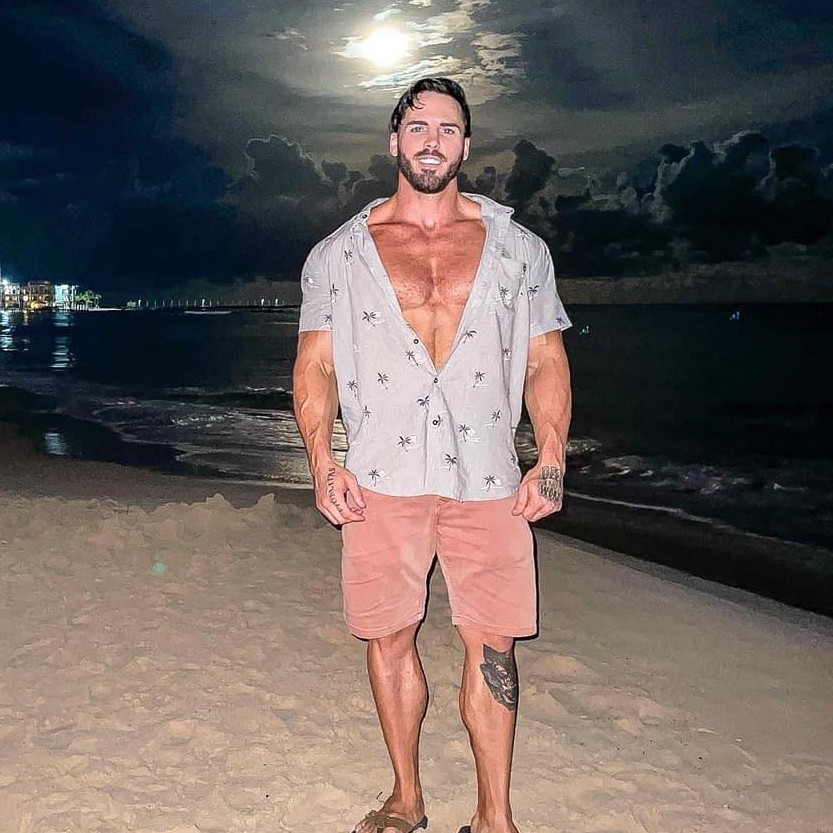 Amy and Collin first met in Fort Lauderdale, FL. Collin was there visiting a mutual friend of theirs. Collin remembers being drawn to Amy’s personality and hunger to grow and progress and be taken seriously in the legal space. Amy was young but very intelligent for her age. Throughout the years Amy would become like a little sister to Collin. So naturally when Amy started to talk about this boy named Scott who she was crazy about Collin was interested to meet him.

Eventually Collin and Scott met while in Playa Del Carmen, Mexico and they quickly became good friends. Discussing business, life, family, passions and interests. Collin now considers Scott & Amy to be family and cannot wait to see the two of them grow and progress through life together. 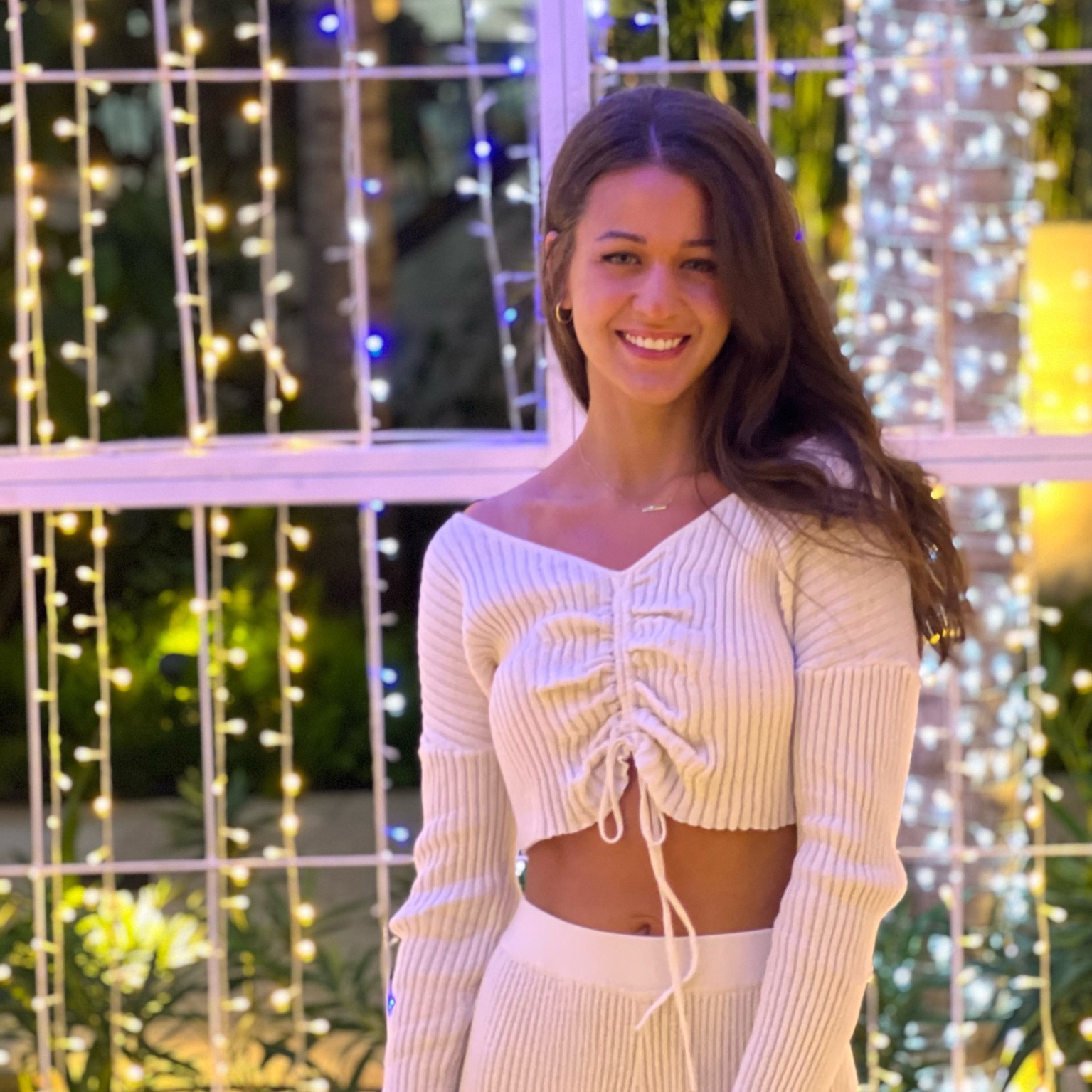 April and Amy met years ago in Calgary at a gathering with mutual friends, and Amy’s loving and spirited nature led to many memories together as partners in crime, from music festivals to road trips and many many girls nights with too much wine. Amy may be younger than April, but she will always be a mama bear to her, giving advice, a laugh, or a shoulder to lean on whenever needed without question. April is a dental hygienist and takes care of Amy’s pearly whites. 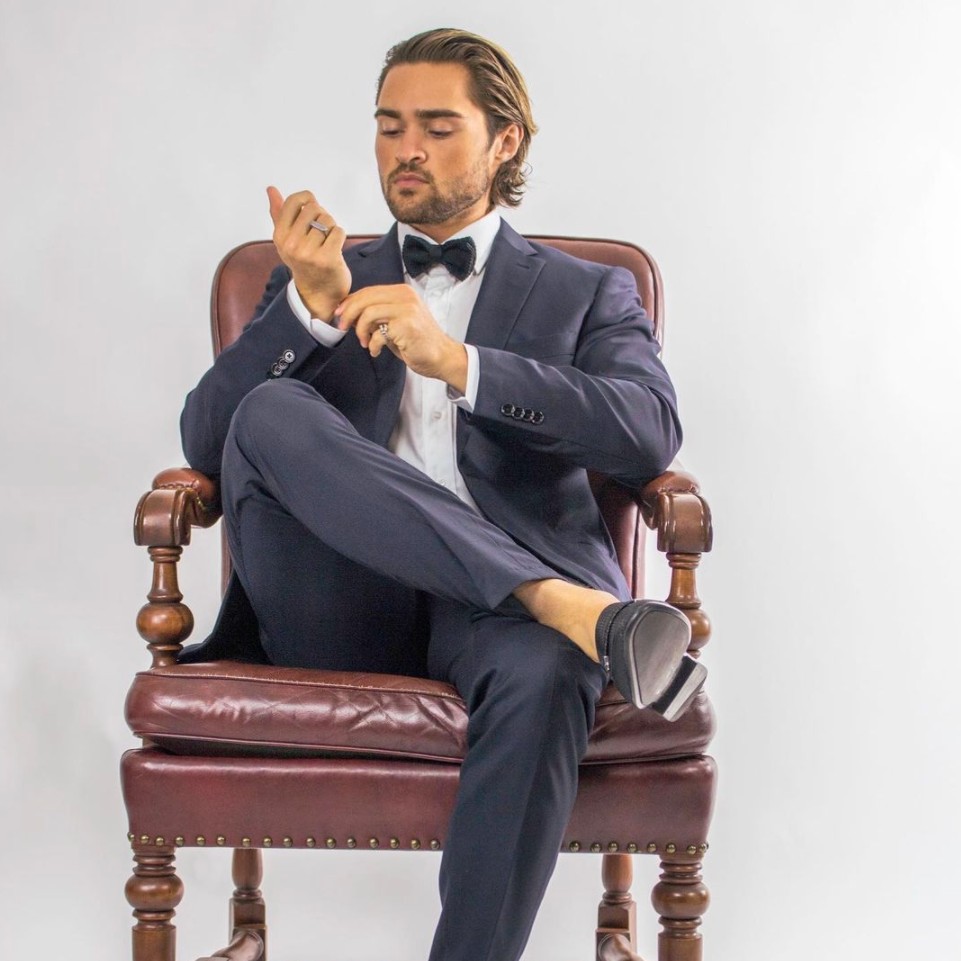 Connor begrudgingly met Scott at a dinner in Playa del Carmen. At first glance, he thought that Scott was a big scary guy in his early 30s - nothing could be further from the truth. After some conversing, Connor realized that Scott was actually a giant teddy bear and they hit it off instantly and ended up traveling Mexico together for the next month. Many months, drinks, and “unique experiences” later the two are closer than ever and can’t wait to see what the future holds. Connor has always had entrepreneurship on the forefront of his mind, co-founding startups such as Flex AI, a company started back in 2018 with the intention of disrupting the fitness industry. Connor is also a founder at Keys Token, a crypto project with the goal of bringing real estate to the blockchain. 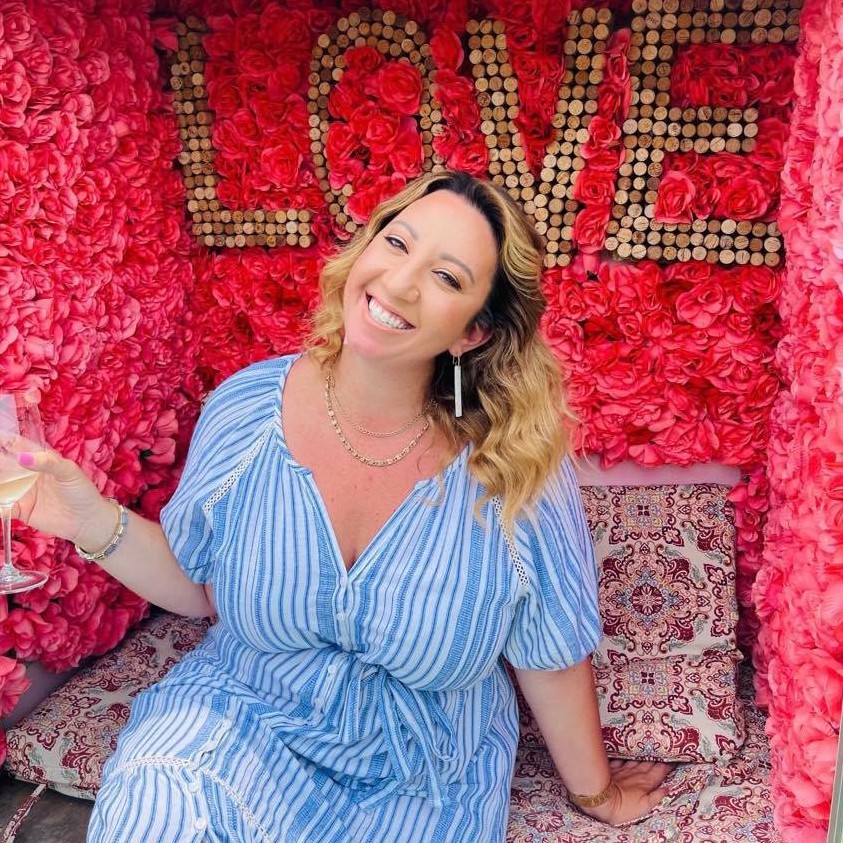 I met Amy four years ago when she just moved to Florida on a whim and In search to find adventure, but also herself. She was young, hungry and determined to find her way. I think over the years as we’ve gotten closer I definitely consider Amy a little sister to me but also somebody that I look up to and have the upmost respect for. She is always everyone’s cheerleader and wants what’s best for everybody and pushes people beyond limits that they didn’t even know they had. She’s a ray of sunshine, even if it’s at 6 AM at a conference and she’s getting up to work out when we just got back to our room three hours prior. I love her to death And can’t wait for her to marry Scott, who I also adore. We have so many memories together over the past couple of years and I honestly can’t wait to see what’s in store for her and her new adventure as Mrs. Barrie. She’s a freaking rockstar of a woman, in business, in life, in the gym, and so much more. A wife will be a piece of cake. 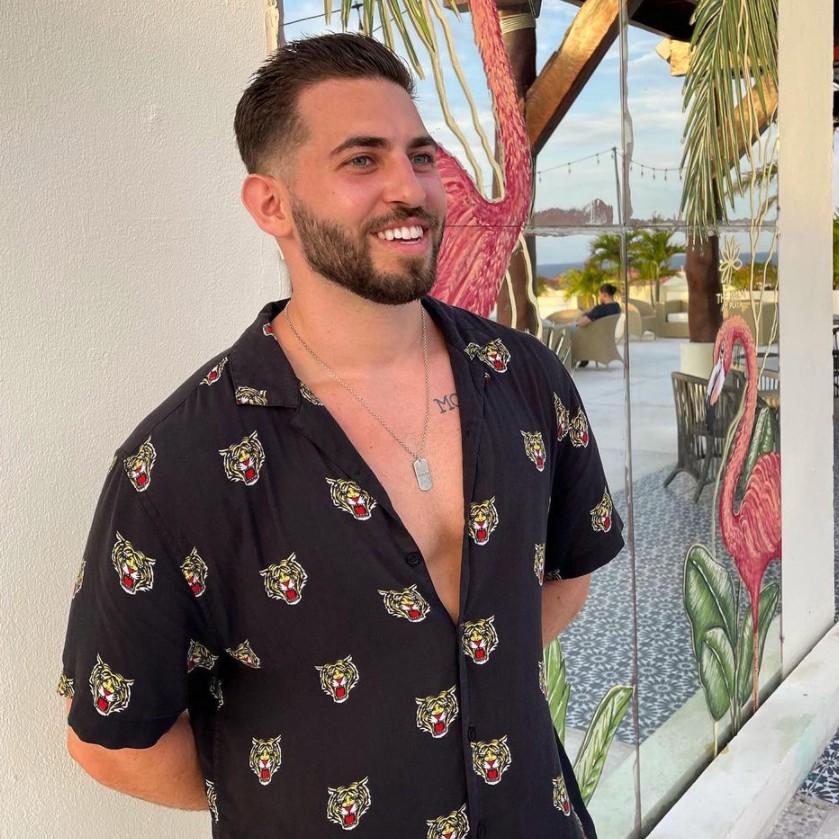 Jayden met Scott just over 6 months ago in Mexico. Some would say it was love at first daiquiri. They instantly became close, travelled Mexico together and now the two would consider each other family. Jayden can’t wait to see what the future holds for their friendship and is proud to call Scott a brother he never had. Jayden is the co-founder of Keys Token, a cryptocurrency that allows individuals to buy, sell, rent and monetize real estate and luxury assets in both the physical and digital world.